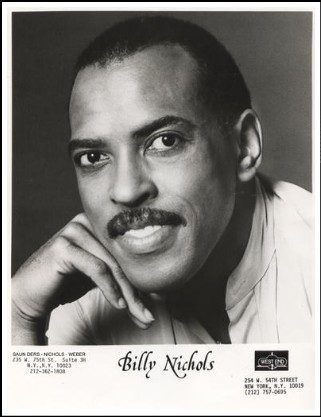 One day I was at Billy’s house listening to him play some songs he had just written when he started telling me that he wanted to do more than just write. He said that it had always been his ambition to be a singer.

Billy was a friend and someone I knew to be a hit song writer for Millie Jackson, B.T. Express and others, but he was not the best singer I had heard. But by that time, I had worked with many singers and felt that I could work with Billy so I asked him to let me produce a record on him.

We decided to do one of the songs he played that day “Give Your Body Up To The Music” and another of his songs “Diamond Rings”.

After listening to the songs I thought they were too funky and did an arrangement that was more disco oriented. After laying the rhythm tracks I went back in the studio and I did all of the percussion breakdowns by myself to add a Latin flavor.

One day the door to the control booth opened and it was Mel Cheren, President of WESTEND RECORDS wanting to know if he could listen to what we were doing. After listening for a while he asked if I would let him have the first chance to buy our record.