This is my story, but in a way, it is the story of many 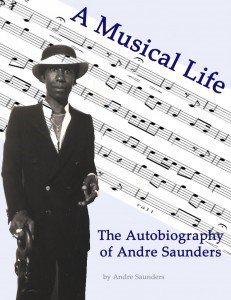 musicians. I’m all you young musicians, just older. How I became a professional musician and why music consumed my life covers the music industry from the 1950’s chittlin circuit and 1960’s R & B through the 70’s/80’s Disco era. Young readers will read my story and think how long ago things happened, but to me, it seems like just yesterday.

I was lucky enough to start my career in New York City, when musicians could put a nightclub act together, and earn a living without being signed to a recording label. Before integration changed neighborhoods, every African-American community had a local bar or nightclub that hired live talent for the week-ends. This is what’s now called “The Chittlin Circuit.” These shows usually consisted of a MC who told jokes, an exotic dancer and a house band that played and sang all the latest songs. On special occasions they hired singers or singing groups that had their own band; my group was “The 3 Gents”.

Come walk with me through my many adventures as a young musician into the rehearsal halls that dotted New York’s Midtown Seventh Avenue. Meet some of the Washington Square characters who later made up such groups as “The Village People”. Meet Fat Daddy Walker and find out how I met Richie Havens and went to Woodstock.

You’ll find both fun and laughter and some recognizable names, so enjoy!